Embracing Courage Rather Than Your Comfort Zone

I was so encouraged by the above quote. I printed it out and put it above my desk determined to choose courage rather than comfort.

But the courage never seemed to come. I spent the next few months in my all-too-familiar comfort zone, watching my dreams come no closer to fruition.

I prayed for courage. I would fully admit to others I was struggling with fear. I memorized and prayed scriptures about fear. But still, I stayed in my comfort zone.

One day, I was journaling about my idols and how they were keeping me from reaching my dreams. An idol is anything that takes the place of God. As much as we may love God, we all turn to other things that feel more comfortable and enjoyable than God.

So anyway, I was writing my list of idols. Fear was top of my list. So was social media and certain TV shows I'd binge watch instead of following my dreams. Even coffee and chocolate made the list. And then I had a startling realization: My comfort zone was my biggest idol. 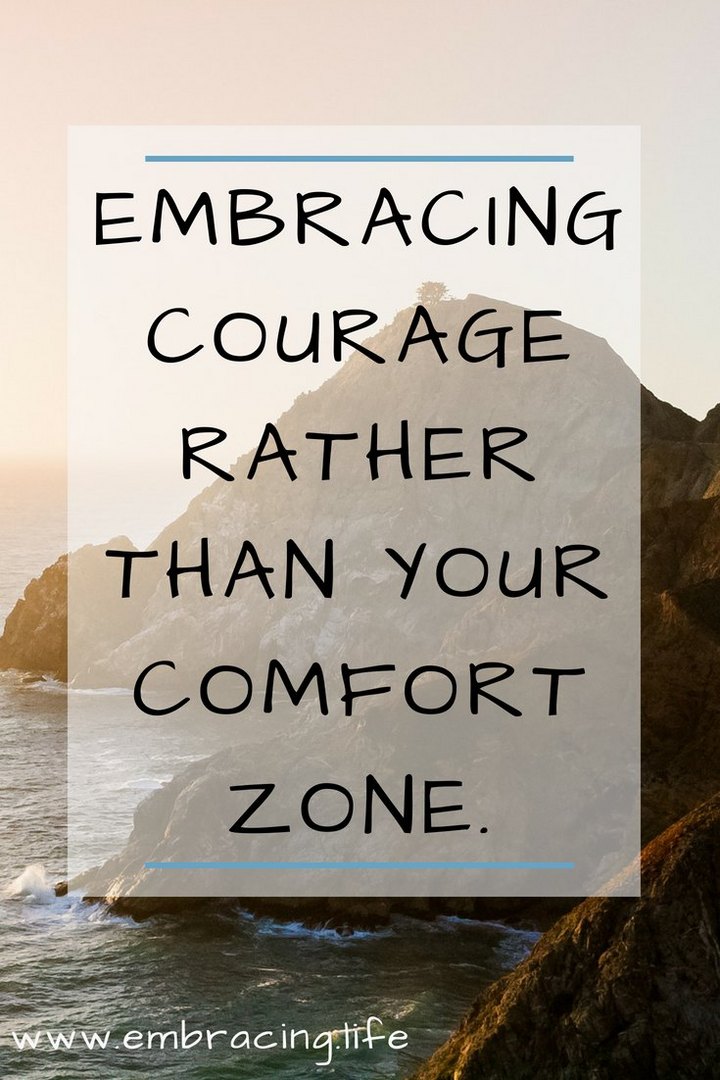 What the Bible says about courage and obedience

"Have I not commanded you? Be strong and courageous. Do not be frightened and do not be dismayed, for the LORD your God is with you wherever you go." Joshua 1:9

366 times in the Bible we are commanded not to fear. That's one for every day of the year, including leap year. Obviously this is a message God wants us to take hold of, and yet we still struggle with it.

But I don't want fear to have such a hold on me anymore. And I'm guessing that since you're reading this, you feel the same way.

What I find encouraging is that some of our Bible heroes made excuses too. They felt they were not good at speaking, or that they were too weak, too young, or too unqualified. But they were obedient anyway.

They had their doubts and their fears just like us. But they chose to be obedient.

Let's both pray for courage and choose to step out in faith and courage, despite how we feel. I can't wait to see what God can do when we step outside of our comfort zone.