How to Embrace God When You Need Healing

There is a story in the Bible that I love in Mark 5:24-34. This is the story of a woman who had been suffering a bleeding issue for 12 years and who with great faith, experienced more types of healing than she originally hoped and prayed for.

This woman was not only physically unwell (imagine the weakness that comes from a ceaseless menstrual flow for twelve years without iron supplements, imagine the continual cleansing of clothes and self) but she was also considered culturally unclean. According to the laws in Leviticus 15:19-30, she was to remain away from other people so as to not make them unclean. A law meant to protect the people from unsanitary conditions when there were no pads or tampons, became one that caused the culture to judge and isolate her from friends and family for over a decade.

Like this woman, I have felt isolated from friends and family because of this special needs journey. They don't understand what our journey is like. We don't have the time or energy to meet with others. Sometimes there's even a little bit of shame involved, as the public can see the differences in our children and we feel called out or avoided because of it. People may stare or they look away, but either way they don't say anything. I feel I can relate somewhat to this woman and the types of healing her heart and body needed. 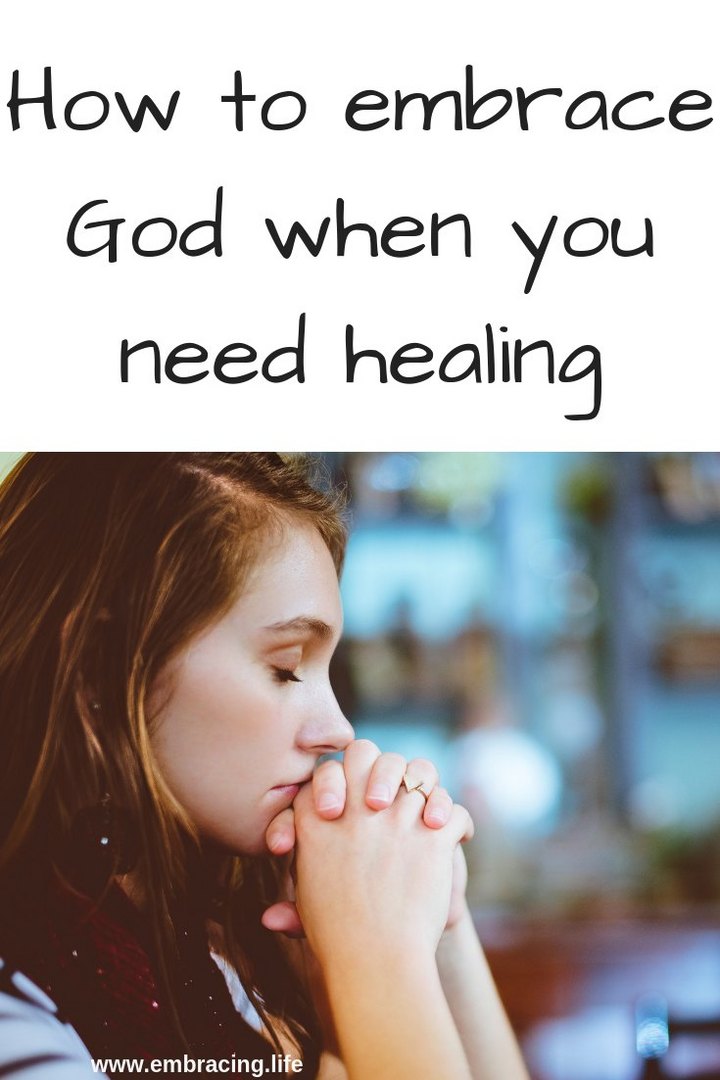 For twelve years she does all she can to help herself. She hires doctors who I'm sure tried lots of different things, but all that resulted is a dwindling of funds. I can relate to this too. I've taken my children to multiple specialists and therapists to get them the help they need. We've tried different supplements reported to help. We've invested in essential oils and equipment to help. Heck, we even built a ball pit in our boy's room to help them with their sensory and gross motor issues. I get the desperation for health and wellness. I also get the depression that can set in when you feel there is no hope.

But then she heard Jesus was coming to town. She heard about others who were healed. A glimmer of hope! And since she knew she couldn't be seen in public, she would have to hide under a shawl, keep her head down, and simply touch his cloak. She believed it would be enough. She had faith. And she was willing to risk everything to act on it. I can only imagine the joy she felt when she managed to make it to Jesus unnoticed, reach out and touch His cloak and immediately feel healing and strength course through her body. The freedom she experienced, realizing she was no longer unclean, that she could return to her family and friends, that she could go back in the temple and pray with the other women.

I'm sure it was to her absolute horror that Jesus stopped and turned around and asked "Who touched me?" I'm sure she dropped back, trying to hide, to blend in. Surely He would just think someone bumped into Him. That's what His disciples told him. At least, I think that's how I would have responded. In a culture where you don't touch a man unless you are related or married to him, and definitely don't touch anyone when you are unclean, I don't think I would have confessed what I'd done, no matter how joyful I was to be healed. But I have lots of wimpy faith moments, and for this woman, this was a moment of faith, of courage and boldness, and humility.

This woman stepped forward, fell to her knees with humility and as it says in verse 33, told Him "the whole truth." To me, this means she didn't just admit she was the one to touch Him, but she tells him about her shameful disorder, about her suffering, about how she's strived for healing, and found it by touching His cloak.

She had embraced that He could heal her physically. He did. Now, she embraced the hope that He would have mercy on her and not add to her shame.

And then He calls her daughter. Daughter! How beautiful! She had come to Jesus to find healing from her suffering, and Jesus embraced her into His family, making her not only culturally acceptable again, but intimately connected to Him. I wonder if there was an ache in her heart from her earthly father's rejection, or maybe abandonment or maybe lack of love and acceptance. Maybe she had a great father but needed to know she belonged somewhere else too. I don't know, but God knew what ache was in her heart and how to bring healing to it with that one beautiful word: daughter.

And God does the same to us. He sees the suffering and the shame we have experienced. God knows every tear we have cried. He sees the hemorrhaging in our own hearts, the gaping holes our pain and anger and grief and envy have caused. And He reaches out and embraces us, just as we are. He stops the bleeding with just a touch. He restores our identity with just a word.

And then He tells her to "go in peace and be freed from all your suffering," (vs 34). Her body was healed just by reaching out to Him in faith. But now her heart is healed of the wounds and shame she has carried for twelve years.

Our own need for healing:

Now, the truth of the matter is, God doesn't always give us all three types of healing. This woman got it all, but even the apostle Paul didn't get the physical healing he asked for multiple times, instead he received the spiritual healing he needed. How I longed for my children to be physically healed and it hasn't happened yet. Doesn't mean it won't, I can keep praying for it. But it does mean that maybe my children aren't meant to be healed this side of heaven. Maybe there is a purpose for it and I need to embrace that. And by doing that, God gave me the emotional and the spiritual healing my anxious mind and heart so desperately needed.

We need to go before God too and tell Him everything. Tell Him every wound in our heart and how we've tried to heal it ourselves but can't. How much we need a touch from Him. Sometimes I think it's hard to do, because we feel He already knows what's going on in our hearts. But that doesn't mean He doesn't want to hear it from us. He wants us to approach Him and share with Him what we're feeling and thinking, even if it scares us or we're mad at Him. I'll admit, I've approached Him before and told Him I was mad at him, or disappointed with him. And I leave those conversations feeling God's love for me again. Feeling like I am His daughter and He cares about my concerns and my suffering. Feeling again like He is for me.

I encourage you, to sit before God and be honest with Him. Pour out your words and tears. Write God a letter if it's easier for you, I've done that many times. And then leave that precious time feeling relieved that He still cares for you more than you will ever grasp or understand. That He embraces you when you embrace Him and His love for you.