This blog has always been about embracing things in life. But I'm learning you can't fully embrace something if you're clinging closely to something that is not good for you. The next few months we'll be talking about a few things we need to release, so we can fully embrace God, life and the blessings and circumstances in our life. And to start it all off, we're starting with the big one: fear. 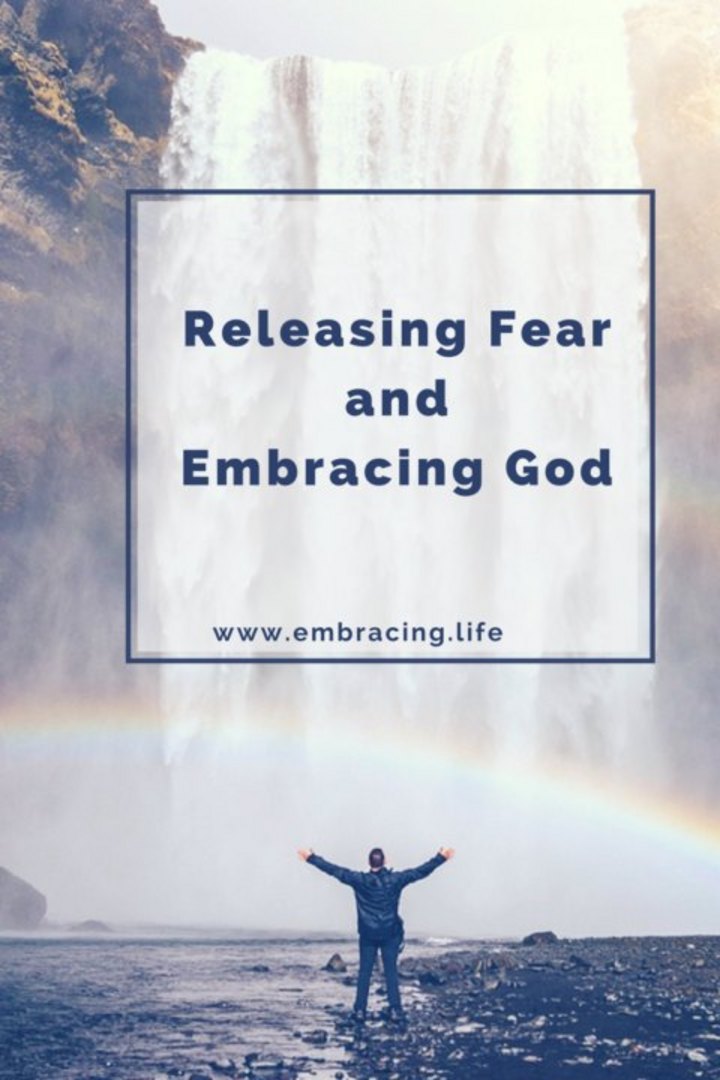 The Power of Fear

Embedded in Luke 7:11-17 is a scene that I think would be awesome to witness. A widow, already mourning the loss of her husband and source of provision, loses her only son and any hope she had for her future. When Jesus sees her crying his "heart was overwhelmed with compassion." (By the way, his heart feels that way about us when we're going through our own storms and struggles.) The widow's son is lying lifeless in his coffin, and Jesus tells him to rise. And he does! Imagine the collective gasp as the crowd witnessed the son pop his head out of the coffin—the murmurs and the awe and surprise and even fear. Oh, imagine the kisses she lavished on her beloved son while she clung to him, not wanting to ever let him go. Her tears of mourning instantly turned into tears of joy.

Jesus doesn't want us to be in our coffins anymore. I'm not talking about a literal coffin. I'm talking about a figurative one. One that holds us back, that prevents us from living the life we are called to, because we feel safe in our little coffins from whatever we fear. But Jesus is calling us to come out of our coffins and to live life abundantly.

This year is brimming with possibilities, and fear is paralyzing me from pursuing some of them. I don't want fear to imprison me for another year.

It's time to put the fears aside. We are not meant to live in our self-made coffins avoiding whatever it is we fear.

"So be strong and courageous! Do not be afraid and do not panic before them. For the LORD your God will personally go ahead of you. He will neither fail you nor abandon you." Deuteronomy 31:6

On and on the Bible goes. Hundreds of verses, approximately one for every day of the year, reminding us to not fear, to be courageous, to trust God. Reminders that all the things that we fear and worry about need to be relinquished to God. To trust that He is with you and for you and will strengthen you to do the things He is calling you to do, no matter how you feel about it. If He is calling you to do something, we should seek to be obedient and trust Him, rather than let fear keep us from going where He wants us to go and doing what He wants us to do.

Throughout Scripture, you see the power that fear has over people.

No, I want this to be the year I release fear. To cling to God and what He says about me, rather than fearing what others may think about me.

I want to be obedient to God, not fearing failure, or even success. I know it's not going to happen all at once, but gradually, as I learn to trust God and what He says about me more than my own feelings and fears. It'll happen each time I take a step of obedience, whether big or small, regardless of what others might think of me or what I have to say.