David had a lot of crazy stuff happen to him before he became king. King Saul, his own father-in-law and the father of his best friend Jonathan, became jealous of David. Saul wanted David dead and chased him into a desert with an army of 600 of his finest men. David spent four years alone in that desert, being chased by Saul's army, and then another couple years settled in a town with a few wives and an army of misfits like him. He was appointed to be king, and yet he wasn't living a life of royalty. Talk about feeling betrayed, alone, wondering why God would choose him to be king and then bring all this upon him.

And then, as if that wasn't enough, in 1 Samuel 30:3-6 we find that David and his men returned from fighting and found that where they had camped and left their families had been burned, and their wives and children were taken.

The immediate response for all these men were grief. They all wept. They were all devastated that their beloved family members were all gone. Then they got angry and bitter and wanted someone to blame. Emotions are natural when something painful happens in your life, and when something happens to the people you love. 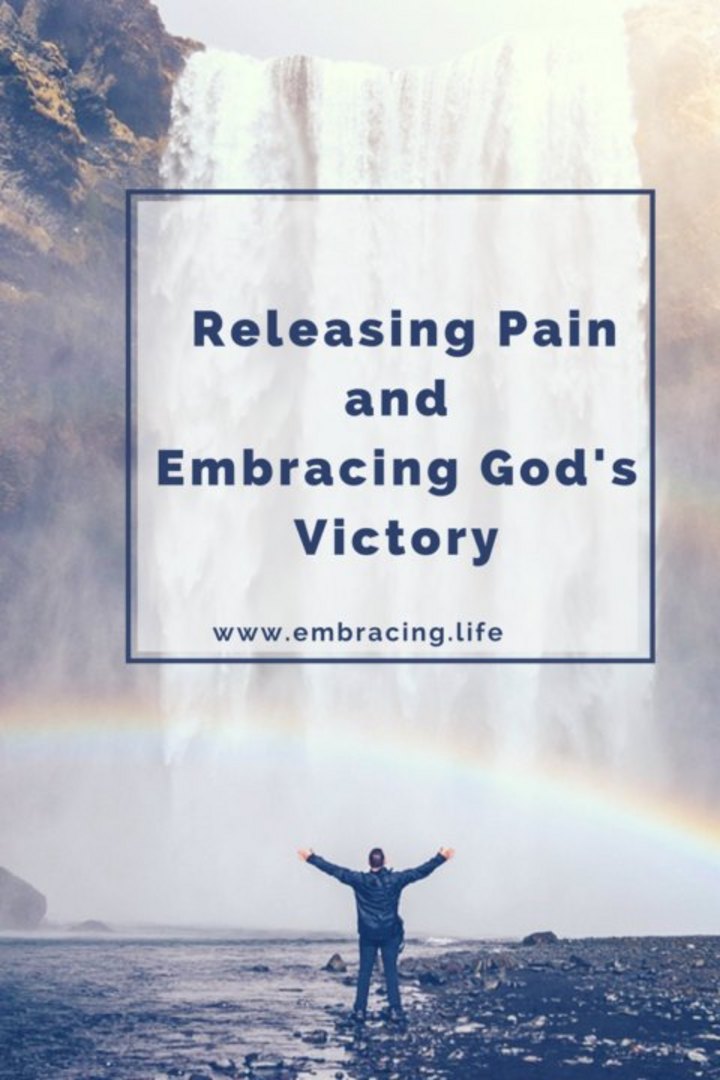 The Power of Pain

In my experience, pain paralyzes you. It leaves you unable to do what you set out to do, and instead you are trying to deal with the pain by ironically turning into yourself. You curl up in a ball, or you press into the area of pain. When I needed to have my appendix removed, I found pushing on the area the pain radiated from helped. Anytime I let go of the spot, the pain doubled in its intensity. So I lay curled in the fetal position, pressing onto the aching spot, barely able to focus on anything else, while doctors and nurses ran painful tests to figure out what exactly was going on.

Emotional pain is similar. It causes you to focus on your emotions and not on what is logical. The men in this Bible story were in pain. They wept. And then they got angry. They were overcome with bitterness. They wanted someone to blame, and they picked their own leader, rather than the Ammorites who stole their families. The pain of anything bad happening to a child will turn any parent into angry mama and papa bears, am I right? Mess with our children, and we're ready to pounce.

These men were too paralyzed by their emotions to think logically. To pray. To put a plan into place to get their families back.

Strengthening Ourselves in the LORD

Pain can either define you, leaving you paralyzed to do anything of significance, or it can refine you, molding you into the person God wants you to be.

I LOVE the last line of 1 Samuel 30: 6: "But David found strength in the Lord." I like to think he wrote a psalm as one of his ways of strengthening himself. Maybe it was Psalm 34:17-18, where he writes "The righteous cry, and the Lord heard them; he delivers them from all their troubles. The Lord is close to the brokenhearted and saves those who are crushed in spirit."

While the men were focused on their inner pain and anger, David determined to focus on God and not his pain. And once he found strength in the Lord, he knew he needed to take action. But he was going to do it God's way, not his own way.

"Then David said to Abiathar the priest, 'Bring me the ephod." Abiathar brought it to him, and David inquired of the Lord, "Shall I pursue this raiding party? Will I overtake them?"

"Pursue them," he answered. "You will certainly overtake them and succeed in the rescue."

I love that David asked God what to do. And then he immediately does what God says. There is no hesitation, just simple obedience. David takes his own army of 400 men to go down to the Amalekites. In 1 Samuel 30:17-20,

"David fought them from dusk until the evening of the next day, and none of them got away, except four hundred young men who rode off on camels and fled. David recovered everything the Amalekites had taken, including his two wives. Nothing was missing: young or old, boy or girl, plunder or anything else they had taken. David brought everything back. He took all the flocks and herds, and his men drove them ahead of the other livestock, saying "This is David's plunder."

God could have done anything to get those families restored. Instead God tells them to go to war. War is devastating. It changes the landscape of a country. It inflicts wounds and takes lives. It may be necessary, but it feels unfair, especially when you're in the middle of the battle. We want easy answers. Instant miracles.

God Wants Us to Experience Victory

David and his men let go of their pain to put their faith, their lives, their blood and sweat and tears into this fight for their loved ones. It took 24 grueling hours, but they found victory. There is a victory in their efforts, and this is what we're striving for. We're going to fight valiantly for our faith, for ourselves, for our family and we will taste victory. It's the theme throughout Scripture, struggle before victory. And it's the theme for our lives too.

How encouraging is it to know that there is a purpose in our pain and struggles?! A plan to strengthen us into exactly who God wants us to be. It was just after this battle that David was crowned king. This was the final preparation he needed to be ready to reign.

The emotions that come from pain (grief, anger, bitterness, depression, etc) are all natural, but if left to linger long enough will lacerate your heart. Perhaps that is why terms like heartbroken, heart-rending, crushed, shattered, devastated are used when a person is feeling some of these emotions. We can't heal these gaping holes ourselves. Only God can. And He longs to bring healing to our broken heart. Strengthen yourselves in the LORD, and find healing for your hurting heart.